A logging utility, primarily intended for use with Gulp or other Vinyl streams. Loosely inspired by gulp-util. Why you might want to use it: 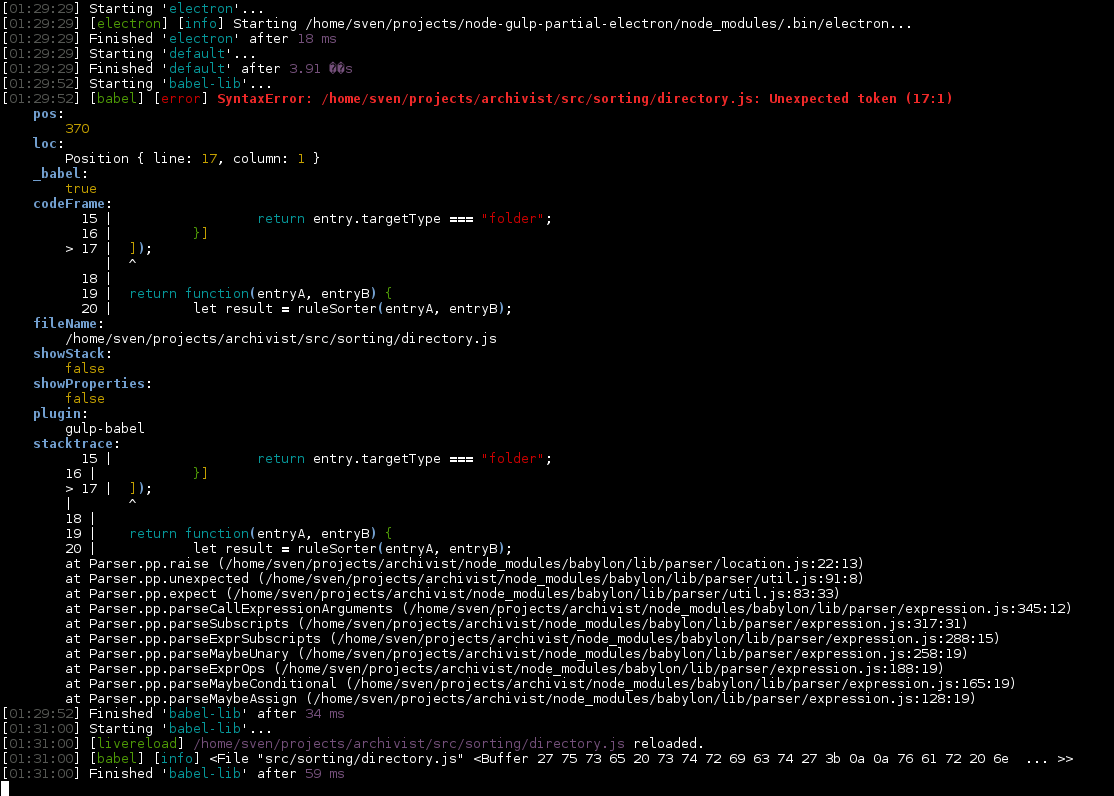 WTFPL or CC0, whichever you prefer. A donation and/or attribution are appreciated, but not required.

Maintaining open-source projects takes a lot of time, and the more donations I receive, the more time I can dedicate to open-source. If this module is useful to you, consider making a donation!

You can donate using Bitcoin, PayPal, Flattr, cash-in-mail, SEPA transfers, and pretty much anything else. Thank you!

Pull requests welcome. Please make sure your modifications are in line with the overall code style, and ensure that you're editing the files in src/, not those in lib/.

Build tool of choice is gulp; simply run gulp while developing, and it will watch for changes.

Be aware that by making a pull request, you agree to release your modifications under the licenses stated above.

Logs each of the provided values, much like console.log would - but with a timestamp and logger name prefixed.

Like logger.log, but along with a timestamp and logger name, the line will also include the specified severity.

Returns a new Vinyl stream, that will log (and pass through) every file it receives. In a typical gulp.watch + gulp-cache setup, this will only include the files that were modified (even if the result stays the same).